I started looking at, and listening to, Muse on Minis a short while ago, and they talked about a concept of wargaming that got me very intrigued. Its a broad,tabletop application of a standard modern military doctrine that small units are more effective due to their mobility, and their ability to both support other units and react to threats easily. It is mainly a Warhammer 40k tactic called MSU (Multiple Small Units), due to everything in that game being units. It is being adopted by the Warmachine community, and has some specific application within our favorite game.

Our friends over there start discussing it around 1:46.

The going philosophy in warmachine, turning into infantrymachine, is that you want more bodies, and therefor more attacks, per point in order to maximize your potential number of attacks in a given turn. MSU is kind of the opposite philosophy, in that you want to get a high number of quality attacks and models who can take and deny scenario easily, while being just hard enough to remove.

Whats cool about this, at the very basic level, is that its completely different from what I’ve been doing for my entire Cryx life. Its taking all the ideas I have and turning it on their head. My friends I have played with for a long time had hinted at these thoughts, allowing them to cover more ground and provide more answers, but I’d always fought against it.

So, I’ve started to think about how to take that idea and run with it. I wasn’t open to it a few years ago, but now I think I’ve got some grit to get in there.

One of the very basics about MSA – I prefer Multiple Significant Activations, due to how units are specifically designated in Warmachine – is that you need a caster that can work within the confines of the concept. Most casters that are buff oriented are not really going to be able to capitalize on whats happening in their list, as they loose a ton of efficiency of focus buffing only single models or small units. . In the ‘cast they talk a lot about how well Kommander Sorcha is suited for this roll, however. She has a control area wide defense buff in Fog of War, that allows the units to edge up to 18 or higher defense. She has a feat that can can set the opponent back a whole turn, while also being a perfect defense debuff. Finally, she many times needs specific models removed to have her feat work to its greatest potential. All of these factors combine into one of the most effective lists that she can run. 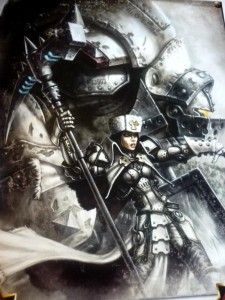 Another basic tenant is that you want value models littering the army, ones that can earn back their points relatively easily, yet are still durable and a paint to kill. Hopefully, each model will either get two attacks a turn, or be able to assure that their single attack kills. Orin Midwinter will hit 2 models a turn, Kel Bailoch will almost always add a pair of notches to his rifle, Hawk can take down two models a turn. Sprays, as well, are extremely valuable and thresher is just excellent.

Whats more, Solos tend to have both higher defense and a better wound score than you’d normally associate with 2 or 3 points, enabling them to survive some of the common problems associated with infantry. Boosted blast damage will still take them down, but its unlikely that they will have enough boosts in a single turn to remove more than a pair. You’re able to spread out, as well, making sure that many of your models are free from even large blasts taking down more than one at a time.

Each model, as well, needs to be able to contribute to the greater whole on its own. Building large, solo spam, convergence-esque armies is not the route, here. Getting locked into order of activation issues should be a thing of the past. It should be a quick thing to figure out which models need to die, and which of yours can do the best at killing it.  The only real issue I think your going to have is when and what the caster does each turn, but that will really limit your time in the tank.

This leads to what I see as the main benefit of the list, in that you will be able to apply the exact amount of energy required to do exactly what you need. In the conventional logic, you end up paying points for multiple models that don’t get attacks during most combat phases. If you add it up over the course of a game, you’re probably wasting 5-6 points a round on models that run when you charge, or that simply move because the unit has to charge. This won’t be the case with an MSA army. If you don’t commit completely to solo spam, you’ll have a large amount of solos clearing the road for your multiple min units or your single backbone max unit to do the work it needs to do. How many times has your opponent left a single model in the way of a perfect Tartarus Thresher? This solved that exact problem by having a simple abundance of single model activations that you can use to make sure what you need to die dies where you need it to die. 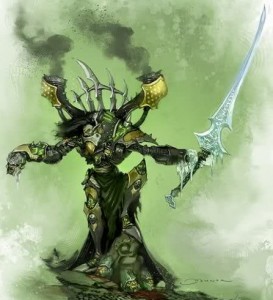 So, that’s the basic tenants of the MSA philosophy. Now, I want to try and hammer this out into a good look at what models and units I can use from a Cryx Perspective.

I personally think that the Coven and Goreshade II have some pretty compelling lists that they can put together. Coven can delivery nearly the whole army thanks to their feat, has great spot removal/control in Stygian Abyss, and can manipulate all sorts of movement with Ghost Walk, Veil of Mists, and Curse of Shadows. I think its a very solid area where they could shine, given testing and iteration.

for your perusal and prompt Dismissal: Three MSA Cryx Lists.

The goal of the Goreshade list is to have a huge unit of Bane Thralls that are the hammer of the army. They have his Elite Cadre bonus, the feat and Tartarus’ Thresher in order to keep generating more of themselves. The Iron Liches have psudo-beserk, The Pistol Wraiths and Captains both get two attacks, and the Warwitch Sirens have sprays. The necrotechs can keep the Leviathan in working order while it uses phantom hunter to threaten assassination and attrition. The blood witches are there to prevent tough on the enemy of the thralls for Goreshades feat. and, as an added bonus, with 11 scrap thralls to target for the feat, everything in the army can be resurrected except Scrap Thralls and Tartarus. If it comes down to Goreshade and a Leviathan, with both my scrap thralls and a feat, I can still make do, returning 10 solos to the board.

This is just a simple iteration of the Denny + guns army. Its got enough mobile firepower to take down almost any target, and it can pop its feat to burn down even more. I think this one is my overall favorite.