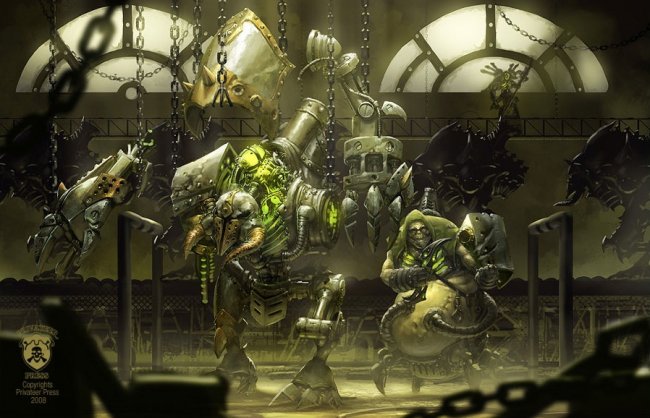 Sometimes, It takes a lot of practice to get the feel of a caster or a faction just right. The Coven, it seems is one of those situations. With a fragile caster, an amazing feat, and a great spell list, they provide a bevy of different tools to address almost every situation. This is an extremely potent weapon when wielded by a skilled player who understands the intricacies of the caster and how all the portions interact in order to make the list work together. In less skilled hands, it can make for a miserable time. In less skilled hands at the start of the edition in a meta that makes absolutely no sense, its bound to be a nightmare for a time or two.

I do feel it is coming together. The various parts of the Coven have finally started to settle into a cohesive form that I can start really talking about in a stronger format. I’ve put some words to thoughts, but here I am going to combine them all and expound on some of them.

One of the first things that there is to overcome with the Coven is the sheer volume of verbiage that pervades the card. Coven, Arcane Nexus, Perfect Conjunction and Sympathetic Link are neither simple nor small. Instead, you have to grasp what the rules are asking you to do, and what the Caster is asking you to do, and they are not always the same.

Coven, for instance, tells you that you have three separate Warcasters, each with the ability to cast spells, move, attack and Dominate. They are three casters, but they have a single feat, and a single control area. Their spells also originate from a single place, regardless of their positioning. For instance, its actually impossible to have a spell originate from a witch. The Egregore, unless the spell is channeled, will always be the point of origin. Activating different witches cannot change that. Each Witch also never has any focus points and when they replenish, they are instead placed on the Egregore. The Egregore, however, as a model that is not a Warcaster, cannot spend the focus on it. While it can be confusing, it also has an air of simplicity to it. They each have access to a pool of focus, and the Egregore is the storage point for that focus, and the focal point for the Caster.

This sense of complexity is amplified by the spell list that does anything but tell you how to use it. Its a collection of amazing spells, each of which can create game winning scenarios in its own right, that work together in a complicated way.  Ghost walk and Veil of mists can recreate a Curse of Shadows effect on models that might not be able to be targeted with offensive spells. Stygian Abyss might make Curse of Shadows more likely to hit, or Curse of Shadows can make the Abyss more effective damage wise. Infernal Machine + Curse of Shadows  can spell the death of many an infantry unit. Together they seem to generate a greater whole than they would separately. Additionally, I’m not sure that the Coven would be formidable as a single Warcaster Unit. Their ability to cycle upkeeps and drop needed nukes whenever in the course of the turn is now unique in the game, something that I should stress isn’t anything to overlook.

One of the points I hit on before is the concept of stealing the tempo of the game. This, I am starting to think, is one of the key attributes to their playstyle and their functioning threat. The Coven is one of the few casters I actively desire to go second with. Choosing sides is massive for the trio. They have the ability to determine where they are going to be on the table, how they are going to arrange to be there, and how the terrain will impact their side of the board. They also get to steal hills for the Kraken and away from enemy gunfire – something that they are very susceptible to.

Likewise, the additional 3″ of threat on turn one can be extremely useful. When the Coven wants to be as far back from the lines as possible, getting that extra space can swing the game in your favor. Especially when paired with their Feat, Nightfall.

I’ve started to think that Nightfall is one of the best feats in all of Cryx, and perhaps among the whole of the game. The penalties are dire: -2 MAT and RAT, but its hard limitation on LOS is backbreaking. Premeasuring has enabled me to be extremely accurate with the feat, while still being in a threatening position. In the previous edition, I would need to guess out the distance that I needed to be from the front lines based on my poor judgement and my lack of ability to know how far an inch actually is. Now, though, I can ask and receive their walk+ melee range and have a pretty solid guess where I need to be for each model to be in the best position not to get neatly cloven in two. Additionally, It allows me to pre-measure where my feat will hit, what models it will affect, and lay out a proxy base so that I don’t lock myself out of the path. it has been a great boon to both their survival and effectiveness of the feat. Occultation, too, makes the feat compelling, as models that are outside of the feat are going to rely on shooting, in order to get the job done, and stealth helps to deter that on a large number of models in my standard list: Coven, Witches, Blood Witches, and an Occultated unit. Its an extremely effective pairing. Melee lists have to advance + attack, and ranged lists have to back up or not attack at all.

The final Topic I want to go over, and I know this one is rambly a little, is that of matchups. In the current meta, there seem to be four broad categories of lists:

The Coven can play well into many of these. If your taking a Kraken, you take a little umbage from the warjack breakers, but you have 20 troops to screen the kraken with, and should be just fine. Gunlines hate the feat. Its just a mess to try and deal with while simply running into the teeth of your enemy. Warjack Spam is overrun pretty quickly. I can get one of three arcnodes into the back lines and start blowing up support. Either you deal with the arc node with a jack, which peels off important resources, or you just let him be and get all the juicy inner workings of the list get ate. Snowflake lists, those that are made because people are trying out 3e to see what all the fuss is about, or are trying to understand their Pet Caster in the new edition, often don’t have the full suite of abilities to deal with everything the coven brings. Stealth, LOS denial, magic weapons, and the ability to ignore clouds are all specialist abilities that people will need in order to be a significant challenge to the Coven.

I like the coven into almost every matchup except legion. Even now, though, I might be able to make it work. Maybe the coven falls out of favor in just a few years, but hopefully, the Coven stays at the top of the heap and I can take them to a few tournaments and pick up some gold! 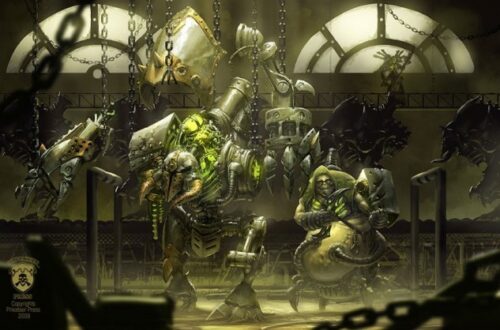 The Fury of our Painters Hand