I’ve taken a short break (about 3-5 weeks) from my D&D articles, and I’m going to write a few thoughts about the games I’ve played so far this year. I don’t think its going to be anything groundbreaking or amazing, but it’ll be fun. Follow me now into the first of the series: Thea: The Awakening. This game, something that will have been our for 2 years this November, is easily among the favorites I’ve ever played. It took me a little bit of time to figure out why, but man, I am hooked.

This game, something that will have been our for 2 years this November, is easily among the favorites I’ve ever played. It took me a little bit of time to figure out why, but man, I am hooked.

First, let me show you what got me hooked. The Extra Credits Guys do a series on games that fly under the radar, and this one was one of the first I picked up on.

While that video delivers a lot on the premise there are a few things that it misses that I think are critical to understanding the game.

Thea is one of the very few games that I have seen deemed a 3x game, based off of the old idea from Masters of Orion being a 4x game, where its main goals are Explore, Expand, Exploit and Exterminate. In Thea, there is no Expansion. You have your one desperate and vulnerable town that you have to protect, and somehow encourage it to thrive, but it doesn’t seem to expand its influence. .

While that is a wild divergence, there are also other aspects that are shaken up quite a bit, and strongly affect what your choices are and how you approach the game as a whole. These differences really make that game stand out from others, not even of its kind, but among games as a whole. I don’t play many games, but I commit strongly to each one. I want to play for a ton of time and find out how they all work. This game has a lot of new and interesting mechanics to experience.

Lets start with how units are different.  Each unit in Thea is an individual, with their own name and skills. Each one can be assigned gear that you’ve crafted or looted, and you’re able to see each one progress into a dependable pillar of your town through either assigning them to tasks and having them perform well, or in combat and challenges, where they will be crucial parts of victories and defeats. This simple change takes those units and turns them into real people, real characters even though they have no animation or story around them, and turns each of their stories into your story, creating that same deep connection that I had with my XCOM characters.

With these characters, you create a expeditions into the wilderness. as your town cannot expand and is settled on but a single set of resources, everything you need that isn’t in your town has to be gathered explicitly and directly. This means that you have to take these characters out into the wilderness and set up camps to gather these materials. That wouldn’t be too big of a deal, most of the time. The units are out in the wilderness, gathering up rare Dryad Wood or some such, with the Warriors to protect them. Thea, though, has you provision your expeditions with food and lumber. You actually have to feed these units on their expeditions. Often, that means making a meaningful choice surrounding whether or not you need that product, and if its worth the expenditure of the resources and likely the loss of life that will accompany it.

Quickly, I’ll turn to the exploration piece, here, because its relevant, and something I didn’t get the first time around – Your map is always fogged out. While you will not that there is a mountain range there, with some iron in it, you won’t know exactly what is between you and it, because you cannot see those squares. This means that every expedition to those mountains in the south, with the mithril in it, risks a deadly encounter with a band of orcs or spiders or undead, bandits that might steal your food and have you starve, giants that are constantly stomping around, and even the malice of the world itself – The Dark Mist- Forcing you into grave decisions.

For example: I had a mission that revolved around me going to a town that had been displaced by orcs, and trying to win them back,. I knew the orcs were strong, powerful, and it was going to be a tricky proposition, but I wanted to go. I grabbed some of my best fighters, and headed out. It was a 5 turn trek, well into the wilderness. Along the way we had a few encounters, and then we got to the orc town, little worse for wear. There, we talked to the orcs, and they decided – because I failed the social interaction – that we were there for nefarious reasons. A fight broke out, and though we won, two were slain, losing valuable portions of my community, Two long standing and strong warriors. On the way back to the town, carrying our loot and other prizes we had won, The Dark Mist came upon us, and we had to either drop all the gear, or sacrifice a character. having lost two lives already for these goods which were needed back in town, I had to sacrifice another. it would simply be impossible to regain the expenditure of resources in order to recoup our losses if we did anything else.  We made it back to town. Down three members of the community, but able to stay a little longer in the light because of the equipment and resources gained.

Speaking of Which, The story is really awesome. Its not burdened with overly long cut scenes, dialogue and other character building moments. Instead, you’ve already had that built in through the gathering, equipping, and combat screens. Here, you just learn about the world, little bits at a time, through quests that are read to you. It is very much like a book in that it simply unfolds before your eyes.

This game has so many cool things to do, and a bunch of different buildings to craft, Items to create, and resources to gather. The Crafting system is pretty cool, as well. There are, not unlike other games, different tiers of resources you can use to create each of your items, each with a primary and secondary material, and a catalyst. An Iron Sword with Iron Secondary and standard wood catalyst is different from an Enchanted bone sword with Mithril secondary and Dryad Wood Catalyst, though the catalyst is simply what determines the chance of it being a better than normal product. The same goes for the buildings, as well.

Combat, in this game, is played like a card game, and is enjoyable for the first while, but tedious in its length and frequency. Thankfully there is an auto-resolve option, which is like a nuclear option – once you do it, you likely never go back. I have found that auto-resolving often gives me both a better feel and a better outcome. It doesn’t break the flow of the game or the story as much when I don’t have to do it.

That said, its enjoyable enough. Each of your units is represented by a card, and those cards are divided equally between offensive (active) cards and tactics (Support) cards. The Active Cards will be fighting the opponents cards, which are divided the same way, and the support cards will be used for many and varied tricks. Your support cards can get in on the action, but they miss the first round of combat.

Its easiest if you think of combat working out in Hands. You get your hand, play your cards, have two rounds of resolution, and then get a hand of remaining cards. If, during the resolution, there are no cards in play on one side or the other, the cards in play will attack the top card of the library. First person with no cards loses. As I said, its interesting and there are tons of neat interactions and interplay, but both combat and challenges resolving in this manner means that you’ll get tired of it pretty swiftly and move to auto-resolution in order to keep the game flowing.

What Thea rally gets right is something that almost put me off the game completely, if I hadn’t have been so obstinate to begin with. Thea captures, in its most dour and desperate measure, the atmosphere of the world. I feel the same dread and the same oppressive worry that likely plagues those who would have lived within the game. Its a masterpiece of mood within a game. I have been fighting the urge to play it as opposed to doing anything else, recently, and I worry that, with so much to do in the game, I will never be finished. Even though the mood is dark, and the atmosphere is grim, there is something rewarding about trying to guide this little village to the light at the end of the tunnel. 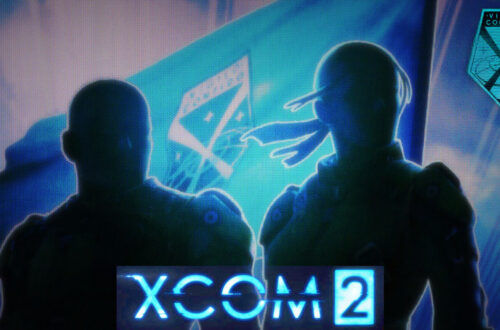 The Evil That Men Do

See it Once My Way