When running an RPG, you want everything to fit within the structure of the game you’re running. An encounter with the Crown Prince of Elflandia won’t make a whole lot of sense in a game where there aren’t any elves, and encountering a Priest of Osiris in a world not based around Egyptian themes can be confusing. Anything can be remedied with a good story, and often those stories need to be pre-planned in order to have full integration with the campaign as a whole. When applied to monsters, this has a compounding effect that makes throwing random monsters at players incredibly jolting. Often, this single point of incongruence will stick with players longer than many of the monsters that fit the form and feel of the campaign.

Take, for instance, a chance encounter with a Cryohydra! The climate was perfect, as the adventure was set in a cold locale; the monster was both the right level and the right challenge, but in rolling randomly, I missed a single, glaring point of reference: They were traveling through the central plains of the land – A long, featureless expanse of snow and ice during the winter. This enormous beast “surprised” the party and took its attacks quick and early. The party did overcome the encounter, but it was so surreal to all of them that I’ll get a good natured ribbing to this day about the hydra hiding behind a snowdrift.

Whats really frustrating about this specific predicament is that there are only so many published monsters in a given system. Furthermore, they are divided to track along a standard adventure line, so there are piles of low level creatures, with fewer and fewer as the levels and challenges get harder. This means that even though a Monster Manual might boast some 300 pages of monsters, at any given point in time the vast majority of the monsters are not appropriate for the level/stage of the characters existence. Location plays a large part in determination of what monsters are appropriate, which goes beyond simply climate. Jungle, Forest, Hills, Swamps, Plains, and mountains all have their respective creatures, but layered on top of all of those are urban, underwater, and underground. The expectations set by the location, the level and the climate are then further rounded out by the specific adventure that is being run. If you’re playing in a campaign where your slowly discovering the machinations of the Evil Underwater Frog God, there are vast portions of the book that are of no use.

This can be daunting, especially when you are looking at starting an adventure out and what to do a little planning. You like the concept of them fighting Gnolls early on, and of eventually fighting Yenoghu, but how do you get there? the gnolls of early levels are easy enough, but they start at simply annoying and raise up to moderately threatening. There is nothing in between the Cr 4 Gnoll and the Demon Lord of Gnolls himself, and that can prove extremely difficult to work with as the players raise in level. This effect can be compounded by the players gaining levels a little to quickly, and walking through encounters you’d once assumed were going to give them fits.

This complicated situation is one that I feel every DM, every Game Master, will encounter, and that every player will have to struggle with. What are the fire bats doing in the Ice Cave of Kam’maian? Why is there a Hobgoblin leading this group of Bullywugs? How has the ettin not eaten everyone in this village?

The solution has implications both awesome and depressing. I’m sure that its the same solution that hundreds and thousands of DM’s use everyday to run their game, but when you realize it the first time, its a moment of dumbfound shock.

Its weird to even type it, but the monster manual doesn’t actually name monsters. Its stat blocks that are to be used no matter what your doing, just given a cover that appeals to its best form. This, really, applies to every game that has monsters with abilities, powers, and/or stats. Unless the game is completely free form where the stats are meaningless and the abilities of the players and monsters are made up as the adventure progresses, there are going to be methods of comparing between adversaries.

Using this is incredibly freeing. I’ve used Flying Swords as Axes, Pixies ad Demons, Drow as Theives, hobgoblins and orcs as goblins, and devils as demons. I look at a list of monsters not as a bestiary, but as a generic template. Goblins, Koblolds and other low levels become fodder for whatever form I want them to take, with roles based on their kind. Kobolds are scouts and mages, Goblins are shamans and warriors, and Sprites are archers mounted on wasps.

The further you go from the imagined monster, the more enjoyable the concept becomes. Last week the players opened a mausoleum because they heard undead groaning inside. While I didn’t necessarily expect the act, I should have. A Paladin of Death walked among them.  Inside I knew there were going to be undead dwarven guardians, but I’d not had any time to look for what they were, exactly. I opened the Monster Manual up to Zombie and saw the Beholder Zombie was right about the right Challenge for the single fight of the day, if not a little high, but felt I’d give em a go. When I described the eye-lasers of the dwarves blasting into the unsuspecting party, it was priceless! I decided that the Dwarves had spinning gems in their heads, and that they would be randomly firing (like the entry said) simply based on the position of the facing of the gem at the time it desired to go off. They players took right to the eyes, wondering about the gems, whether they exploded and wondering how much they were worth. When one of them finally bit a player, because the Zombie was forced into melee combat, I rolled the dice out in the open, like I always do. The response I got was awesome.

its the mathmatical expression of a player crying out in pain at the unexpected POWER of a tiny dwarfs bite. I don’t think I could have gotten that same emotional response with a single number, because no matter how low I rolled, they still were shocked at its potential. Hitting is much more satisfying in a number of ways, not the least of which is that the players get to see how much trouble they are in if they mess up.

All of this from a simple body change. I didn’t change any stats or attack rolls or anything, I simply made this massive, strange and unworkable beast into something that fits the look and feel of the campaign. This extends, even, to immunities, vulnerabilities and elemental powers. A beast that vomits out acid globs can easily become an archer shooting poison arrows. A frost mage focusing on control and disruption easily becomes an earth mage. A frog person with poisonous, damaging skin becomes a man wreathed in living flames.

Its all about making the most out of this book that is in front of you. The one where the pictures, names and titles are there to inspire you into great stories, marvelous tales and vibrant memories. They are not meant to hold you back from realizing the dream adventure you can make. once you have your idea and plan about what you want to run, dig through monsters until you find ones that meet your needs, and then just reskin them to your purpose. Looking at the monster manual as a bunch of interesting stat blocks might not be fun, but it has created some of the most fun moments in my D&D career, as well as liberating me from standard constraints around making a good, fun, and consistent game! 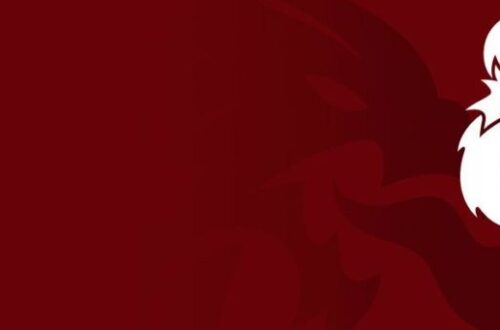