Every year, with the help of a number of good friends, I run Warmachine and Hordes events for the Nova Open, a fairly large (2000+ attendee) Miniatures game convention here in Washington DC.

This year is no different, though in years prior I’ve done a much better job at a build up. This year, its happening the same week this comes out, so the chances of me convincing one of you to come out here are a lot less. Still, next year try and make some plans to come to see me! 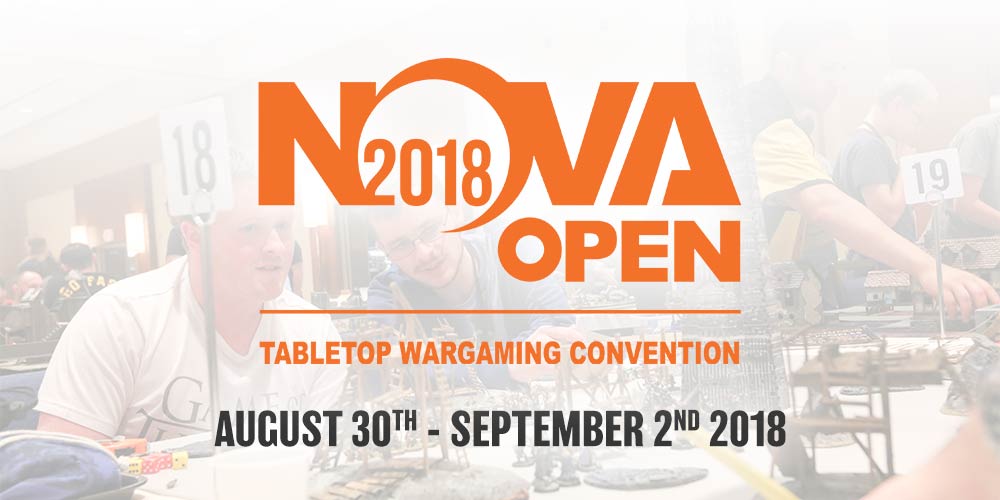 This year’s NOVA is pretty similar to last year’s set up, as there were a lot of good things about the schedule, especially for the “competitive” events.

The Team tournament is still on Thursday – It starts at noon and lasts the whole day. 5 rounds of chaos!

Masters is going to be run again on Friday, in two heats, run about 2 hours apart from each other, at the end of four rounds, we’ll take the top 8 and qualify them for the Masters Final – a Warmachine Weekend Qualifier as well as an Iron Gauntlet event – on Sunday

Saturday is going to be running Champions all day, which should be amazing. This event is just a few slots shy of completely sold out, and that’s an awesome place to be in.

For Casual events, we have a whole slew of cool stuff to do as well.

First, on both Friday and Saturday, we have Breakfastmachine, where you get to wake up a little early, knock the rust off, and play some games. Food and drink will be provided to help you get moving in the morning, with fresh fruit, doughnuts, and coffee.

Friday we have, if I am to be indulgent, my favorite format that I’ve made. I call it Iron Feast – because I don’t know why – and it’s like playing the old Gauntlet rounds every round of the tournament. Each player brings a 150 point roster, following the FA restrictions of a single list (as well as the BG points for three casters worth of eligible jacks/beasts). At the start of the round, both players declare their caster and then go build their lists. The interesting part of this is that once a model is used, it cannot be used again, until the start of the 4th round, when the roster resets. I like the challenge and diversity of building lists tailored to the enemy caster and seeing how it all plays out.

Saturday we have the second unique format to NOVA, Through the Ages. Its a 75 point list tournament (one list only), fairly standard, except I’ve managed to find some of the OLD scenarios from all the way back in time – 2005 and forward, and we are going to use some of them. There are crazy scenarios from a bygone era that are strange to score, bizarre to set up and even weirder to win. Take a Trip down memory lane!

lastly, we will be holding the tried and True speedmachine on Sunday,  putting players who aren’t able to qualify for the finals through extremely fast and brutal timed turns with limited models.

And that isn’t even everything!

We’ll also have company of Iron tables, a South Carolina Highlander table, Open play tables, and Iron Arena Prizes to knock your socks off From Privateer Press, Tectonic Crafts Studios, Muse on Minis and Broken Egg Games! Also, our stunning (its orange, not pink!) Scenario Zones, Turn Counters and Flags From Muse on Minis via our Sponsors Barefoot Pest Control and Fear the Swan!

Come and join us, if you’re nearby, or make plans to come out on Memorial Day Weekend next year for an excellent time down at the NOVA open!

Personally, I’m going to have to get a demo of Breachstorm, because who doesn’t like Space Fairing Cat People!